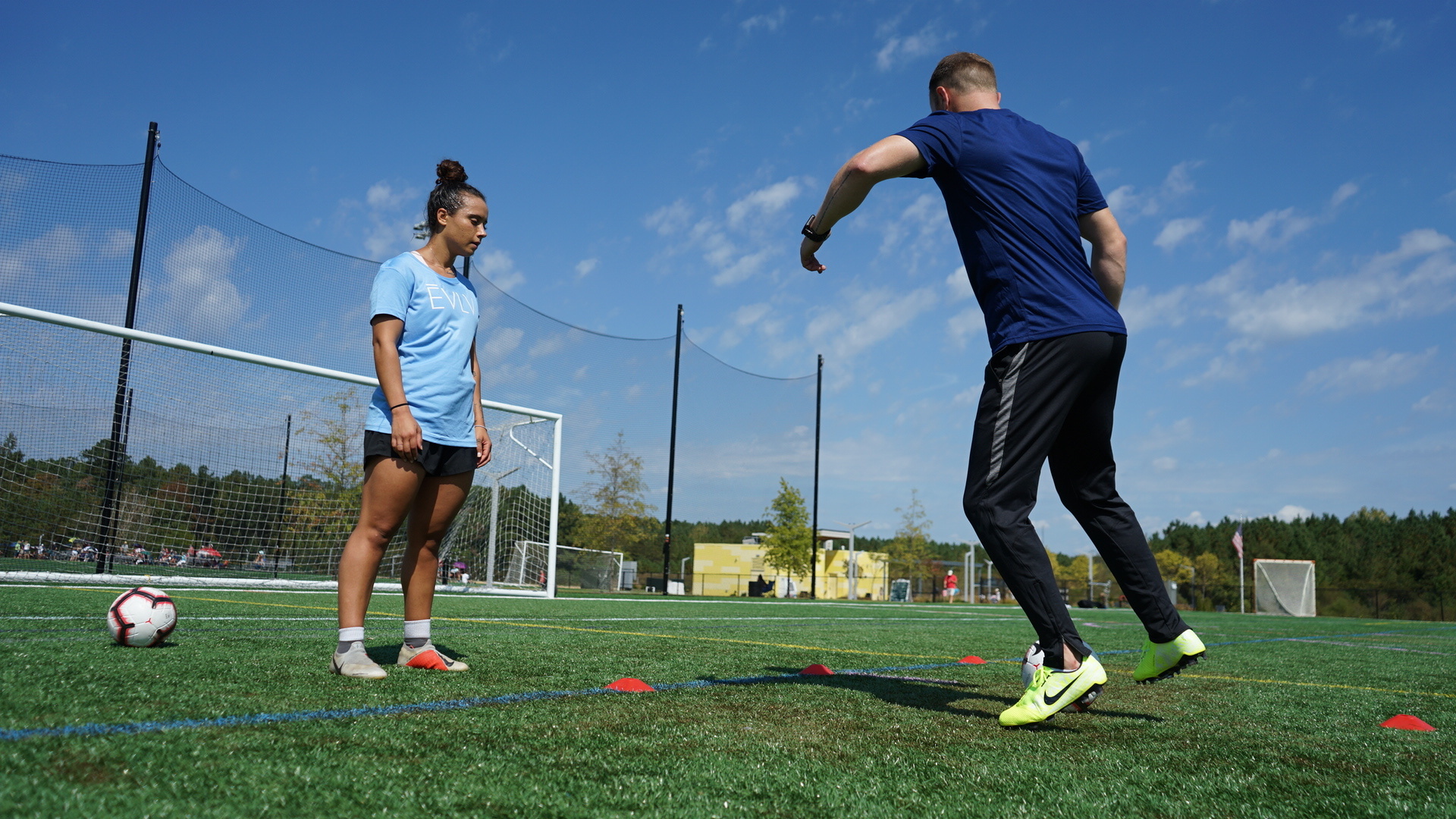 Nowhere in the world other than Beast Mode Soccer will you find a more diverse and driven group of vibrant skills specialists united by a shared passion for sport.

Our players and trainers are passionate, highly motivated individuals, who have dedicated their lives to pursuing greatness and transformation in all aspects of life.

Whether you are a youth club player looking to raise your game to the next level, a collegiate or professional athlete looking to fulfill your playing potential, Beast Mode Soccer will be your guide to help you accomplish your goals.

At Beast Mode Soccer, we show you how you can become a better soccer player and how to smash your most desired career goals. We uphold the belief that it all starts with individual player development.

We also believe in this simple formula.

Our mission at Beast Mode Soccer, USA, is to empower rec, clubs, and players to discover and understand their unique ability, thereby maximizing that position to achieve their soccer career success.

Therefore, our singular aim is to provide soccer players with opportunities to showcase their talent and be seen at the highest level exhibiting technicality, fitness, and confidence.

Through clear and comprehensive development plans; such as our one on one sessions, available in 12, 24, 36, or 48 session package as well as online programs, or the app. We endeavor to ensure maximum growth and improvement.

Our programs are specifically designed to develop the character as well as the technical abilities of our young aspiring players, which will positively impact their lives for many years to come. 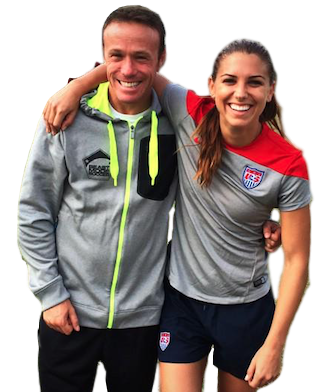 At Beast Mode Soccer, we train players of all abilities, from players just starting out their journey, right up to World Cup stars, including Alex Morgan.

We aim to provide access to young players, so they can play and train at one of the most exceptional soccer environments in the world.

Our extensive network and relationships with significant club, college and pro clubs mean that players coming through Beast Mode Soccer will receive the best opportunity to display their talents in front of many scouts, trainers, & coaches.

So whether you would like to play at the top level, or looking to gain college offers or just wanting a life-transforming experience, Beast Mode Soccer is here to make your dream become a reality.

Don't be that person who could have been good. Own your development today, and train with BEAST MODE SOCCER.

WHERE IT ALL BEGAN 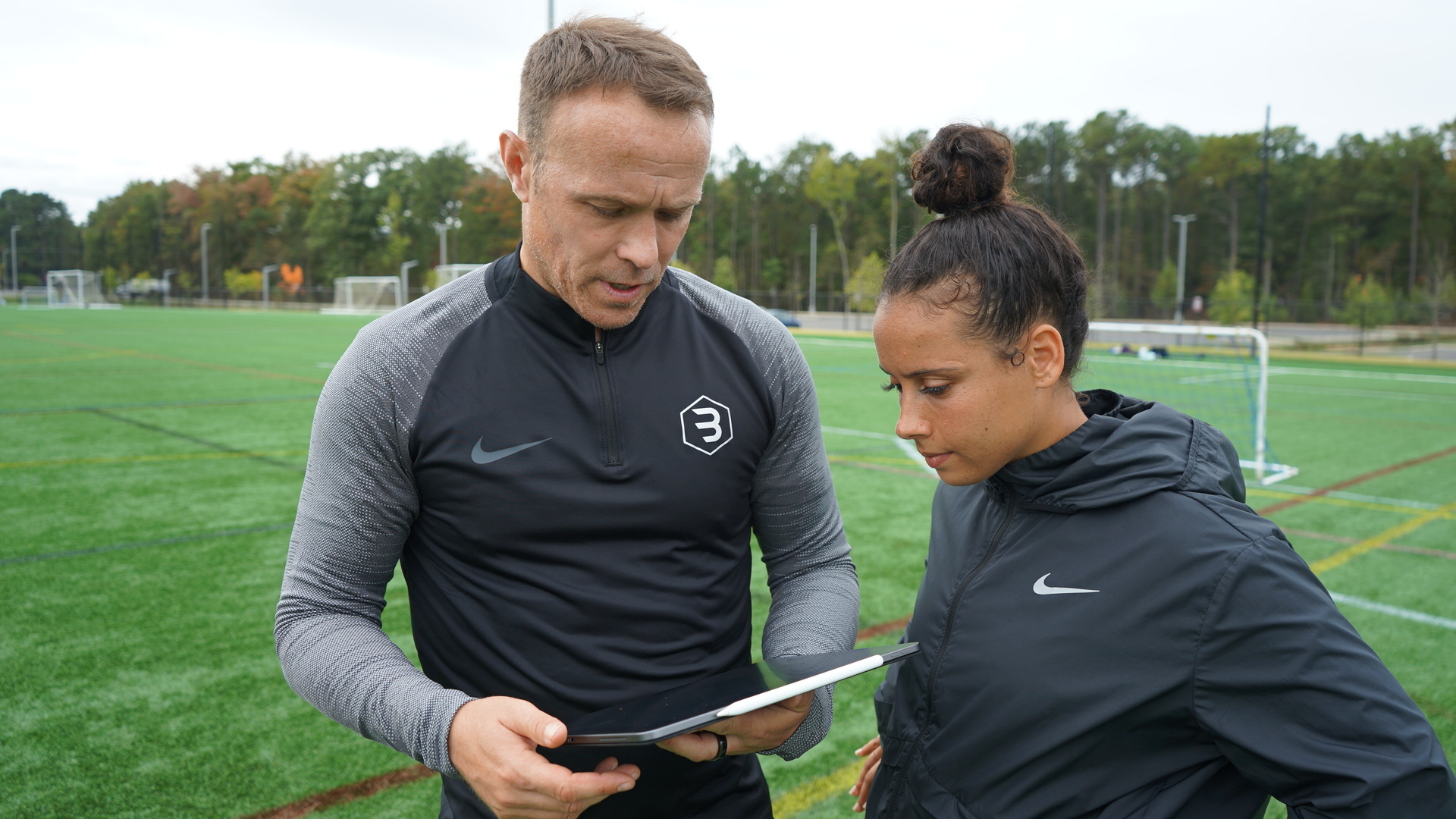 It all started with a dream. In 2011, legendary David Copeland-Smith began Beast Mode Soccer providing soccer players the opportunity to train at a higher level while pursuing their academic aspirations.

We are now a major soccer training destination that has hosted, trained, and taught some of the world's top players. But it's not just about excelling on and off the field. Academic enrichment and athletic skill development represent only a portion of the training our student-athletes receive. We aim to build young men and women of character.

We achieve this through our innovative curriculum and offers, which challenges every player to set goals and push past their limitations. Every day, we remind ourselves that we're building leaders in sport and leaders in life.

A RECORD OF ACHIEVEMENT

At Beast Mode Soccer, we sustain the record of working with every player from youth to pro; we will continue to relentlessly grow our player base. World Cup winners Alex Morgan, Allie Long, and many more are people we are proud to associate with who will continue to win on the field and showcase their work ethic off the field. Check out the 'testimonials' section to see what players say about our training. We also earnestly look forward to training more of the world's best players.

No matter the sport, athletes continue to become faster, stronger, and smarter while pushing the limits of individual and team performance. To stay ahead of the competition, we remain true to our original purpose, inspired by innovation, and fueled by the scent of victory with the ultimate goal of transforming lives.

The future of performance lives at Beast Mode Soccer, and we're committed to staying ahead of the curve in the way we train athletes and prepare them to compete anywhere and win everywhere. 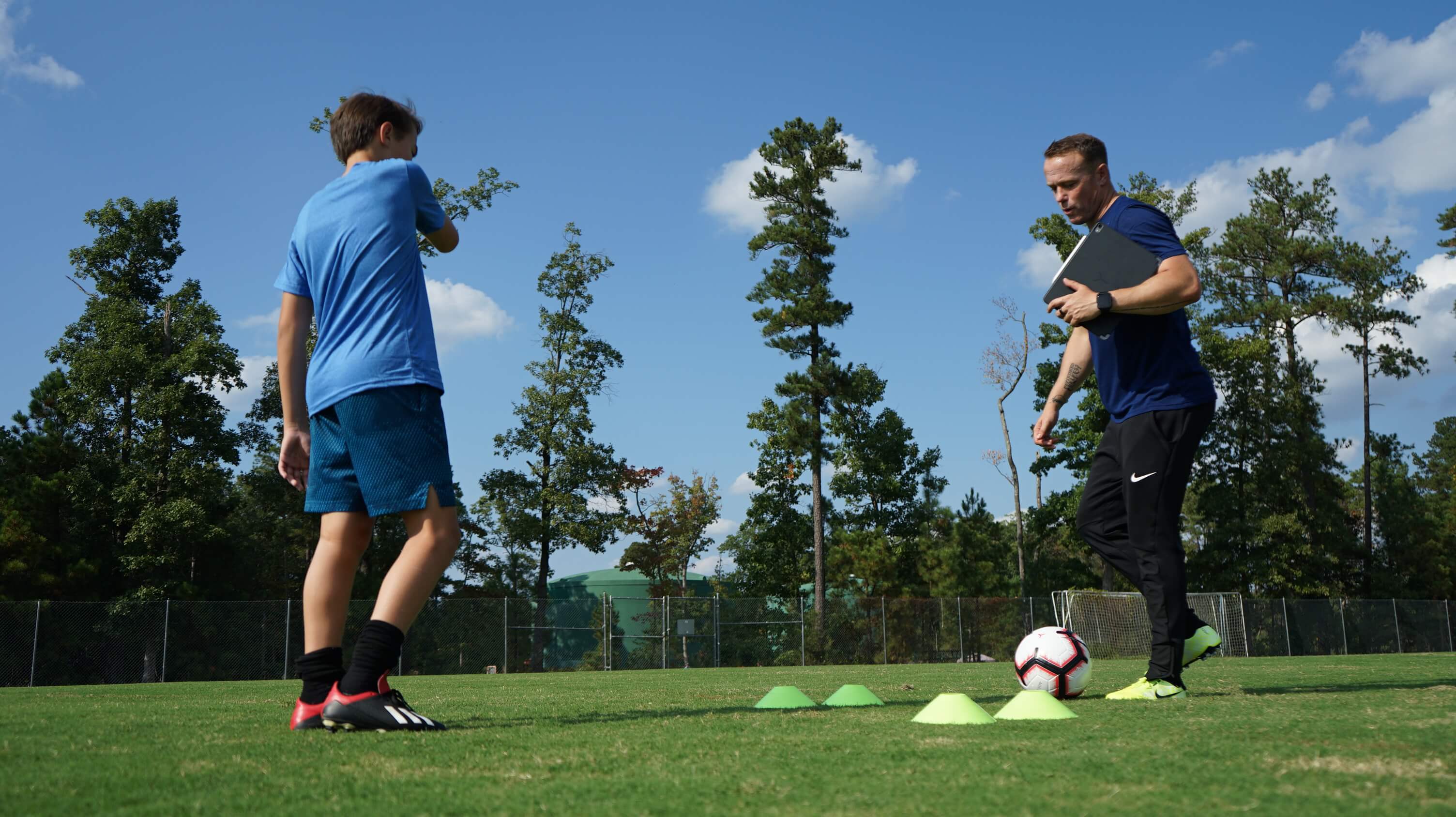 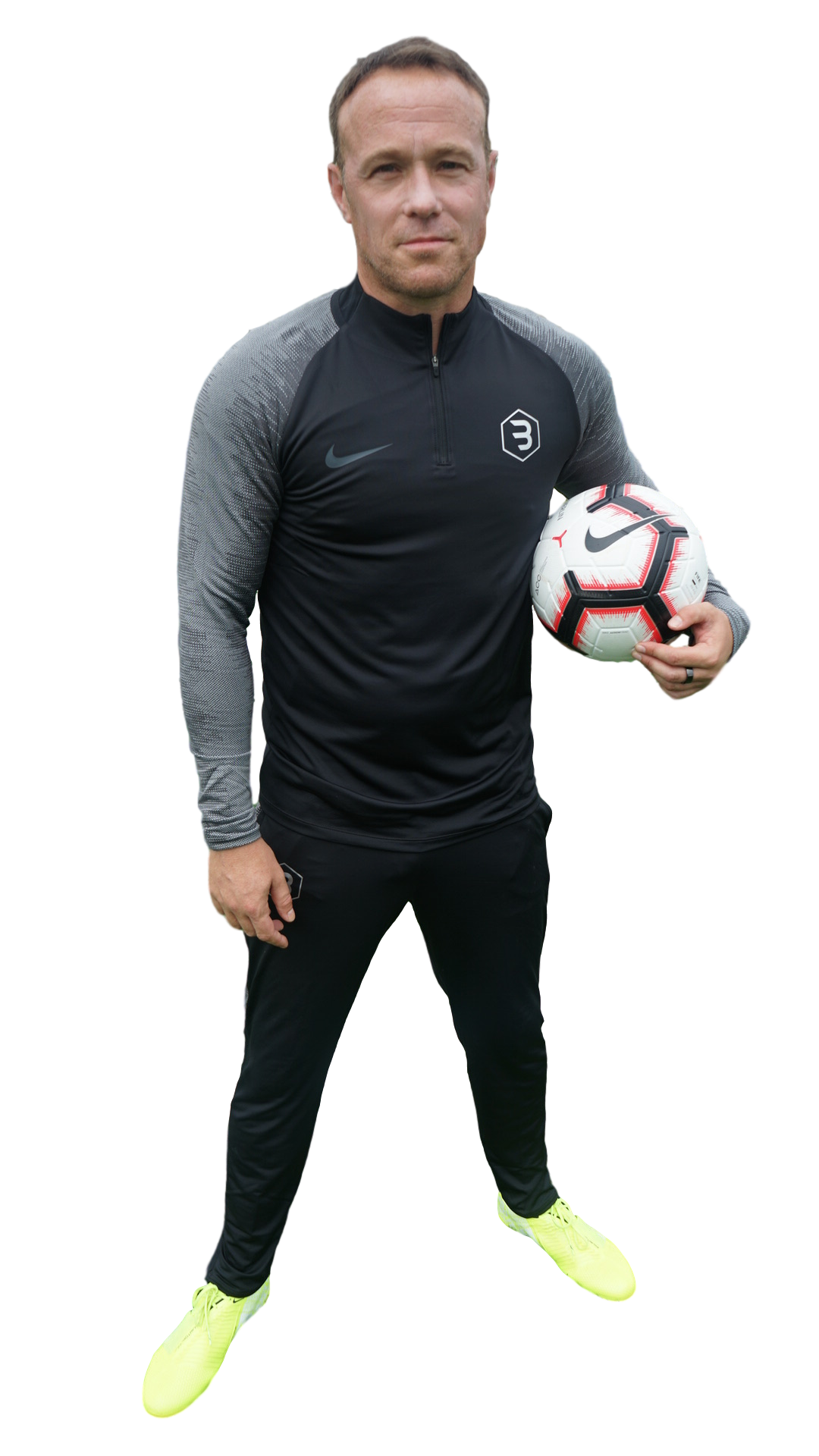 Internationally recognized as a leading figure in individual technical development, David is seen as a long-term thinker and visionary, determined to bestow a phenomenal work ethic on the next generation of soccer players.
Following his success as a field presenter at the 2014, 2016 and 2018 United Soccer Coaches Convention’s, David has continued to grow Beast Mode Soccer into the go-to technical training system trusted by prominent player’s of the United States Women’s National Team, Major League Soccer, English Premier League, National Women’s Soccer League and countless leagues in Europe.

Based in Los Angeles, California, David Copeland-Smith created Beast Mode Soccer in 2010 as a training system to help guide players’ technical development and to instill a proactive, progressive mindset of self-reliance and personal accountability within his clients. The result? The creation of a training culture that has attracted the likes of countless collegiate, professional, and international players such as Alex Morgan, Rachel Daly, Landon Donovan and Allie Long, indeed 13 of the 24 2019 World Cup winning World Cup squad have trained with David. It has also lead to the publications of award winning at-home training guides to direct players with their technical development while they’re on their own, and in 2019 Copeland-Smith unleashed his latest innovation, the ‘My Soccer Training’ App.

In 2015 Beast Mode Soccer partnered with US Club Soccer as their technical partner with the Players First initiative which created a buzz among USCS partners with BMS producing videos each year which encourage players to take control of their development by training outside of their team practice, working on their weaknesses in order to improve themselves and their team.
Whether you are a youth club player looking to raise your game to the next level, a collegiate or professional athlete looking to fulfill your playing potential, Beast Mode Soccer will be your guide to help you fulfill your goals